Zooey Deschanel Loves The Most Controversial Food On The Planet

By: Jessica Booth
Sponsored by

It’s no secret that celebrities tend to have some pretty odd habits when it comes to food: We are constantly hearing about the fad diets they always seem to be trying, and sometimes, they themselves admit to doing some pretty strange things with what they’re eating. As weird as it might sound, it’s always interesting to find out which foods stars like and don’t like. For example, we now know that actress and musician Zooey Deschanel loves what has to be one of the most controversial foods on the planet… and honestly? We’re not sure how we feel about it. We love her immensely, but come ON. We can’t believe she’s cool with this “treat.”

Deschanel recently did an interview with Delish, in which she talked about her new startup, The Farm Project, some of her favorite meal options, and what she’s like in the kitchen. She also dished on the foods she finds “delish” or “not delish” in a video on the site, and some of her opinions are pretty surprising. Like, she pleaded the fifth when it came to In-N-Out. What does that mean?! Does she like it or not? I need to know!

Among some of her food revelations was the fact that she’s a fan of a very polarizing option: black licorice. 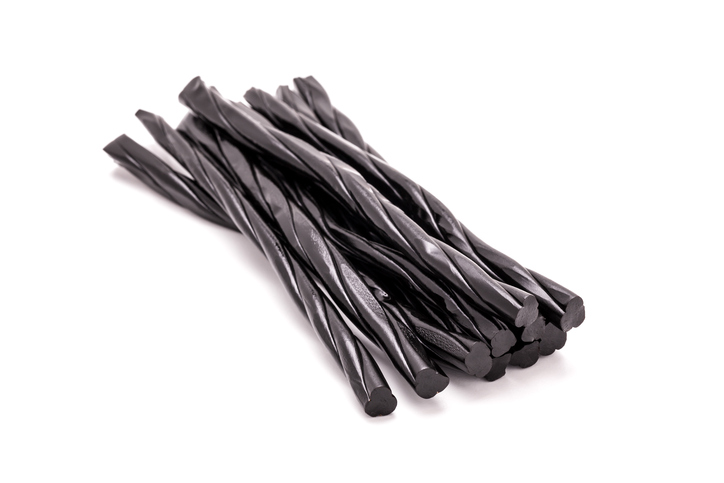 As someone who is not a fan of the candy, I can’t quite understand how she could rate this higher than, say, 7-11 Slurpies, which she said are “not delish,” or McDonald’s French fries, which she also stated she didn’t like.

The rest of the foods she loves were some fan favorites. Deschanel said “delish” to kimchi, pickles, green papaya, Brussels sprouts, oatmeal raisin cookies, and breakfast tacos, among other things.

Clearly, Deschanel is super healthy, and very into veggies — so it makes sense that she’s working on getting others to be just as healthy as she is. Her new startup, The Farm Project, which she launched with her husband, filmmaker and producer Jacob Pechenik, has a goal of connecting people with local food and farm-fresh projects where they live. Deschanel talked about her love of vegetables, saying, “I really try to enjoy vegetables as much as possible.” She added that her number one goal when cooking is to make healthy things taste good, saying, “I feel like I’ve succeeded if I do that.”

Whether you agree with Deschanel on her food opinions or not, you have to admire her efforts in helping everyone eat healthier, more sustainable meals, no matter where they are.